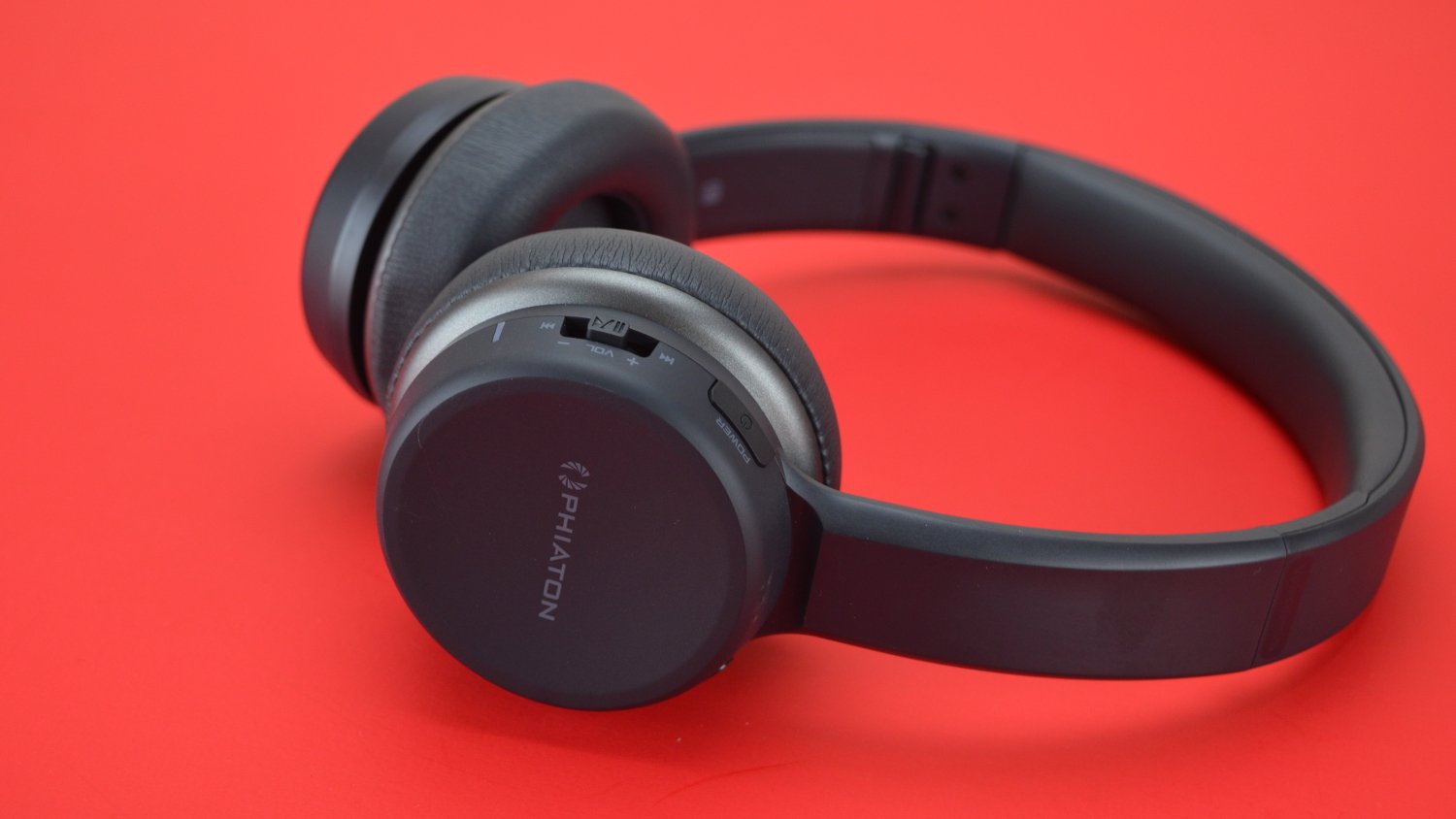 Does the BT 390 outperform its somewhat lackluster predecessors? At $70, it’s going to have to offer at least reasonable quality. We put the Phiaton BT 390 to the test to see how it did.

The first thing to notice about the Phiaton BT 390 headphones is their design, and they don’t look terrible — but they’re not going to break any records. Perhaps more important than sheer looks is build-quality — and that’s something that stood out to us as below par on these headphones. Why is the build quality so lackluster? The entire headset is built from plastic, and it seems to be plastic that is easily broken, overly light, and reminiscent of headphones you might be given on a plane. If you take care of them, they should be fine — but it’s clear that Phiaton is trying to cut costs here — and we think they’re trying a little too hard.

When it comes to the controls on the headphones, they’re pretty easy to use, though you will want to consult the instructions to learn how to pair them — instead of pairing the headphones by holding the volume button, you’ll do it through holding the call button.

On the left ear cup, you won’t find any controls — they’re reserved for the right ear cup, which we think is smart. You’ll get a volume rocker, as well as a power button and a call control button. You’ll also get a microUSB port, which is used for both charging the headphones and for pluggin them into a headphone jack using the included 3.5mm – microUSB cable. In the box, you’ll get the headphones themselves, as well as a standard microUSB cable and a 3.5mm – microUSB cable. We would have liked to see a carry case of some kind — even a cheap one — considering the portable nature of these headphones.

The headphones don’t do all that bad in the comfort department. While the cheap plastic used to build them doesn’t bode well for their build-quality, it does have an effect on comfort. The clamp is relatively soft too, which is nice. That soft clamp is particularly necessary here considering the fact that the included foam doesn’t seem to be all that high-quality. It’s not terrible — and there’s enough of it — but the foam was clearly considered another cost-cutting measure.

We obviously weren’t all that impressed with these headphones in the design and comfort department, but can they regain some points when it comes to sound?

Let’s start with the bass, which is decently powerful. Mega bass fans may certainly want to keep looking, but those looking for a boosted yet still tame bass sound will appreciate what these headphones have to offer. The bass doesn’t necessarily extend overly low, but most won’t need them to considering these aren’t build for audiophile use. The mid-range is interestingly tuned, to say the least. There’s plenty of low-mid response to make the headphones sound warm — and beyond that a little muddy too. That muddiness, however, also has to do with the high-mid response, which we found to be overly cut.

Those cuts also extend into the high end, which is by far the weakest frequency range on the Phiaton BT 390 headphones. We would have liked much more clarity and response in the high-end.

The soundstage on these headphones isn’t terrible but not that great either, while there doesn’t seem to be too much distortion until at dangerously loud levels.

For us, this was a classic case of “read the instructions.” Most headphones enter pairing mode if you continue holding the power button after the headphones turn on. For these, it was a matter of holding the call button, after which it was pretty easy to pair the headphones.

The connection quality was pretty decent. They connect via Bluetooth 4.1, and you’ll get a pretty standard Bluetooth distance of 10 meters, or 33 feet. We found that to be largely true — though it will depend on things like obstacles.

The battery life on the headphones is actually quite good. You’ll get 30 hours of listening time, which is above average.

Looking for a new pair of wireless on-ear headphones? The Phiaton BT 390 headphones aren’t terrible, but there are better options for the money. The best thing about these headphones is the battery life — which doesn’t bode well for a pair of headphones. If you want a decent pair of on-ear headphones at under $100, then we recommend the JBL E45BT‘s, which come in at $99, or, if you must stick to under $80, then the Diskin DH3 headphones.