The Klipsch X12i’s were extremely well received when they were first launched back in 2015, and for good reason — they’re lightweight, sound great, and are beautifully designed. Now, however, Klipsch wants to do one better. How? By making a Bluetooth version of the in-ears, of course. Introducing the Klipsch X12 Neckband.

Let’s make something clear — these aren’t necessarily cheap. Klipsch only has one other pair of neckband-style earbuds on offer, called the R6‘s, which come in at less than half of the X12 Neckband’s $399 price tag. But are they worth the dough? Well, they’re pretty damn good.

The first thing you’ll notice about the Klipsch X12 Neckband is the design, and boy are they beautiful. Everything from the stunning leather padding on the neckband to the sleek and stylish in-ear units themselves, to even the packaging — these headphones are built for luxury.

As mentioned, the headphones feature a classy leather padding around the neckband itself, which either comes in a brown or a black color. That leather is complimented by a nice gold color for some of the hardware and the stitching. The rest of the hardware is either black or a dark metal color — and in combination the components make for a beautiful color scheme. We’re testing the brown leather version of the headphones, and couldn’t be happier with the way they look. The build quality of the headphones is quite nice, and while you’ll want to be careful with them, they don’t seem as though they would break easily. One thing we did notice is that the neckband part of the Klipsch X12 Neckband is quite solid — making the wires for the earphones seem a little fragile. The wires are covered with a simple plastic insulation rather than a braided nylon or something that might be a little strong — so if they do break its the wire that will do so.

On the ends of the neckband is where the controls for the headphones lie. On the left, you’ll get a power/pairing button, while on the right you get volume controls and call controls. You’ll also find a few features on the bottom of those little control modules — on the left sits the vibration switch, while on the right is the microUSB charging port.

Speaking of vibration, it’s not a necessary feature — but it’s pretty nice nonetheless. When you pair the headphones, you’ll be greeted with a satisfying whirl of the vibration motor, which we really like. It’s a simple touch, but it’s these simple touches that add up to make the Klipsch X12 Neckband so well designed. 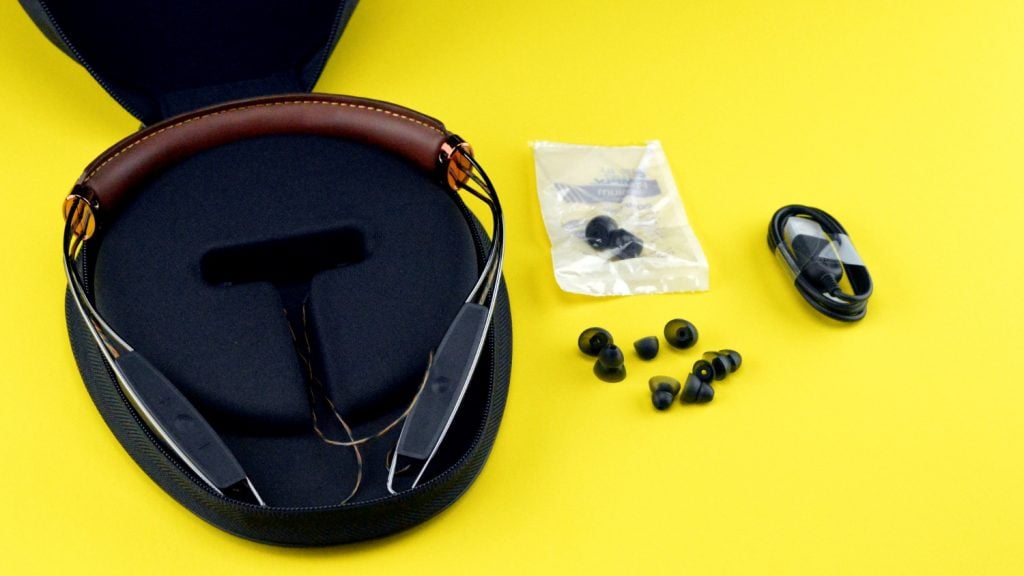 In the box, you’ll get a healthy slew of accessories, including a pair of the much-loved and somewhat necessary Comply memory foam tips. You’ll also get a nice case for the headphones, a microUSB charging cable, and five pairs of gel tips, including the ones already installed on the headphones in the box.

In general, the Klipsch X12 Neckband features beautiful design and a nice crop of accessories. While the wires may seem a little fragile, that’s a small con in a long list of pros for the design.

In-ear headphones have always had issues when it comes to comfort, but as far as in-ears go, the Klipsch X12 Neckband is pretty damn comfortable.

That’s partly due to the fact that the earphones themselves are quite thin — a lot thinner than most other in-ear style headphones. That helps make the earphones feel a little more subtle in your ear. The Comply tips are a little bulkier than the other include tips, but that’s all in the name of offering a good fit and keeping the in-ears in your ears. We highly recommend using the Comply tips with these earphones — the other tips aren’t bad, but we did have a few fit issues with them, and even the better fitting tips seemed to fall out a little too often. Of course, everyone has differently shaped ears, so you might have a different experience. Overall, the X12 Neckband headphones are very comfortable for in-ears, and we wore them for at least a few hours before they got too uncomfortable.

So the headphones look and feel great, but how do they actually sound? Not bad. Not bad at all. The Klipsch X12 Neckband features Klipsch’s KG-926 balanced armature drivers, which are the same drivers that features on the X12i wired in-ears and helped get the X12i’s their name.

The X12 Neckband delivers a powerful slate of bass frequencies that doesn’t distort even at high volumes, which is a good achievement. There could certainly be a little more sub-bass content in these headphones, but there’s still a good amount to speak of — and we definitely wouldn’t say that their lacking in bass frequencies. Even most hip-hop fans among us should be quite content with the bass offering on these headphones — though the fans of overly loud bass might be disappointed. 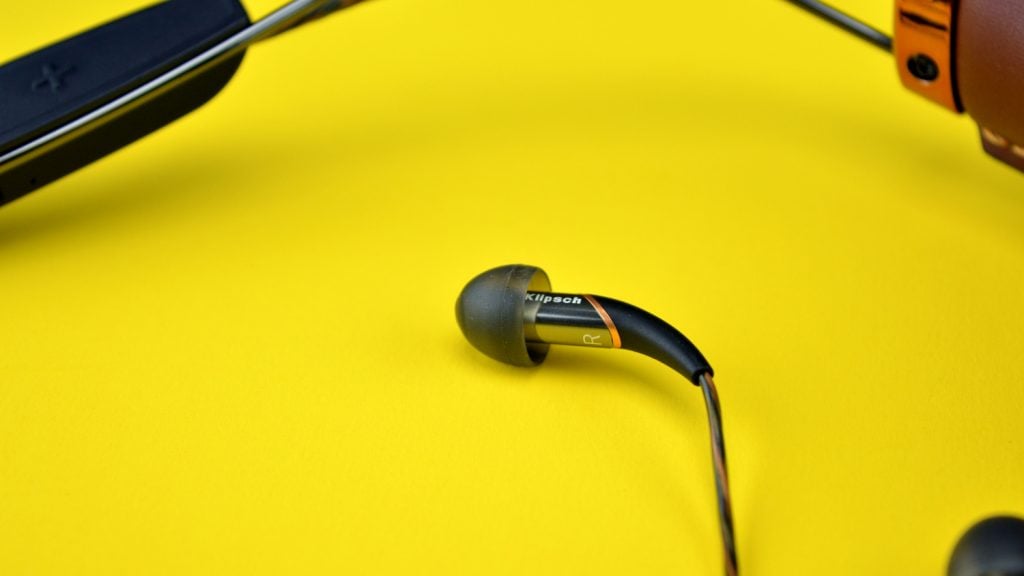 The midrange is also pretty well tuned, dialing back on some of those “radio” frequencies in the upper-mid region while offering enough low mids to be warm without getting muddy.

There’s plenty of presence in the high-end of these headphones, but we would have to say that the high-end is what needs the most work. There are a nice amount of high-end frequencies, but on some tracks the cymbals lack some of the sizzle that other headphones offer.

In general, these headphones are built for audiophiles, and they offer a frequency range to match. There’s nothing overly boosted or overly cut — instead, the only sculpting on offer is to make the headphones sound a little more full. As such, those looking for a faithful musical reproduction will be pleased with the Klipsch X12 Neckband’s performance.

The Klipsch X12 Neckband is quite a performer, too. The headphones offer an 18-hour battery life, which isn’t out of this world, but is still pretty nice and should last you through at least a week of even heavy use. They also have a standard Bluetooth 4.0 connection, which will give you around 10 meters, or 33 feet, of range, although that will largely depend on whether or not there are obstacles between your player and you.