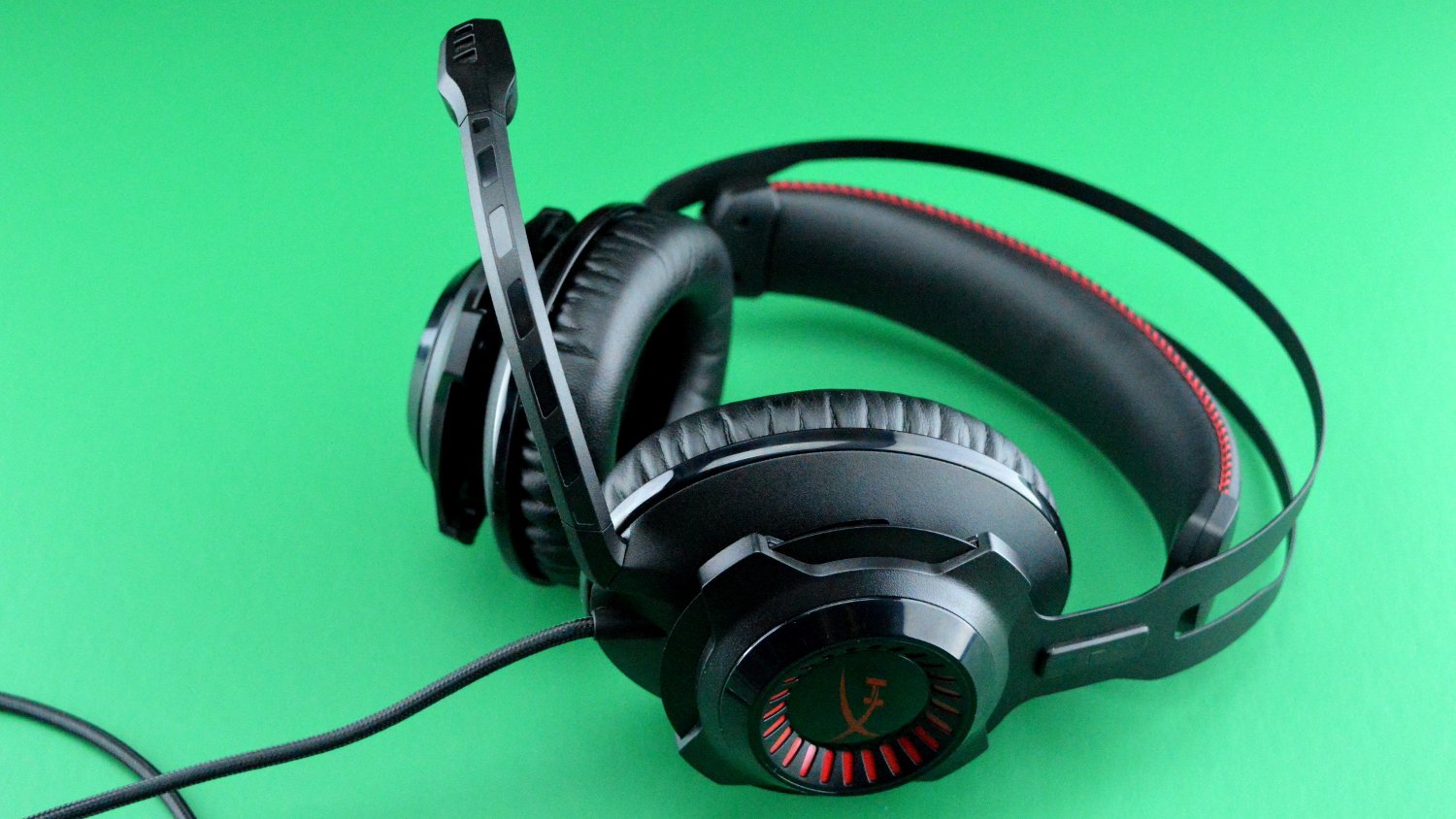 Headphones aren’t just for listening to music. Millions of people use their headphones for things like podcasts, making calls, and, of course, gaming. That last one has grown into a massive industry, and there are a ton of gaming headsets on the market — making it hard to choose the right pair. HyperX, however, thinks it has the solution — the HyperX Cloud Revolver headphones.

HyperX is no stranger to great gaming headset. The original Hyper X Cloud headset launched a few years ago and are recommended by gamers around the world time and time again.

The HyperX Cloud Revolver headset feature quite a futuristic look and largely do away with the more basic look of the original Hyper X Cloud’s. That’s not a bad thing — we think the headset looks pretty good, and we love the red highlights featured throughout.

The headphones themselves boast a metal frame that connects the two earcups, while what actually sits atop your head is a leather band that adjusts to your head size elastically. We love that kind of design — it helps make adjusting headphone size as easy as possible. Simply put the headset on, and it’ll adjust to your head size. Of course, that system isn’t all good — the metal frame, while solid, creates somewhat of a sound issue. If you even tap the frame when they’re on, they’ll vibrate and send the sound of that vibration ringing in your ears — quite loudly too. It doesn’t happen all that often, but it does still happen and is something to keep in mind.

In general the headset seem relatively well-built, especially considering the fact that they’ll largely be used at home. Sure, there is quite a bit of plastic, and perhaps a little more metal would have been nice, but we don’t expect the Cloud Revolver’s to break easily. In the box, you’ll find the headphones themselves, a PC extension cable, and a detachable microphone, which is all you really need for a gaming headset. That extension cable gives you an extra 6 feet or so of cable, and includes an audio dongle on which you can mute your microphone and clip the cable to your shirt. It also includes a separate microphone and headphone jack, so you’ll need to have those two jacks on your computer to use the headset to its full potential. First up is the headband, which automatically adjusts to the right fit, as mentioned. On top of that, there’s plenty of foam in both the headband and around the large earcups, helping make this headset a dream to wear. Even after hours of use, we rarely found ourselves feeling like we needed to take the headphones off — and it was easy to forget that they were on at all.

Perhaps the only downside to the HyperX Cloud Revolver headset when it comes to comfort is that it does get slightly warm — but not enough to be a big issue.

So the headset looks nice and is super comfortable — but how good do they sound? Well, they certainly shoot way above their pay grade.

For starters, the HyperX Cloud Revolver headset has a nice amount of bass, which helps make it more immersive and gives those big explosions the nice low-end rumble that they really need. The mid-range is well tuned, offering a nice little boost where a voice would sit in case you’re talking to your teammates, and helping make things nice and crips. That crispness carries on into the high-end — and while we could have used a little more of those high frequencies, there are certainly enough there for most people. The sound profile of the headset got me thoroughly immersed in Star Wars: Battlefront, and they faithfully reproduced the classic tone of those blasters. That’s true on a range of different devices, mind you — these aren’t just great for PC gamers. Whether you’re on a console or your computer, you should be thoroughly pleased with the sound quality of the HyperX Cloud Revolver headset, especially at this price point.

Part of the great sound has to do with the fact that these are semi open-back, meaning that the soundstage is widened a little, helping make them more immersive than they otherwise would be. Of course, that also means that some outside noise is let in, but considering most people will be playing at home, that shouldn’t be much of a problem.

Microphones are becoming increasingly important in gaming headsets, not just for speaking to your teammates, but also for recording things like Let’s Play videos or podcasts.

Now, let’s make something clear — if you’re really looking to up the quality of your podcasts or videos, you’ll want to buy a dedicated microphone. But that doesn’t mean that the HyperX Cloud Revolver microphone is bad — on the contrary, it’s quite nice. Others in your game should be able to hear you more than well enough, and while the microphone will pick up outside noise if there is any, it should be faint enough to be ignorable.

HyperX has well and truly hit a home run with the HyperX Cloud Revolver headset. They look great, are extremely comfortable, sound good, and offer a decent microphone — all for $120. At that price point, you really can’t do much better — in fact, these headphones are comparable with gaming headsets double this price.