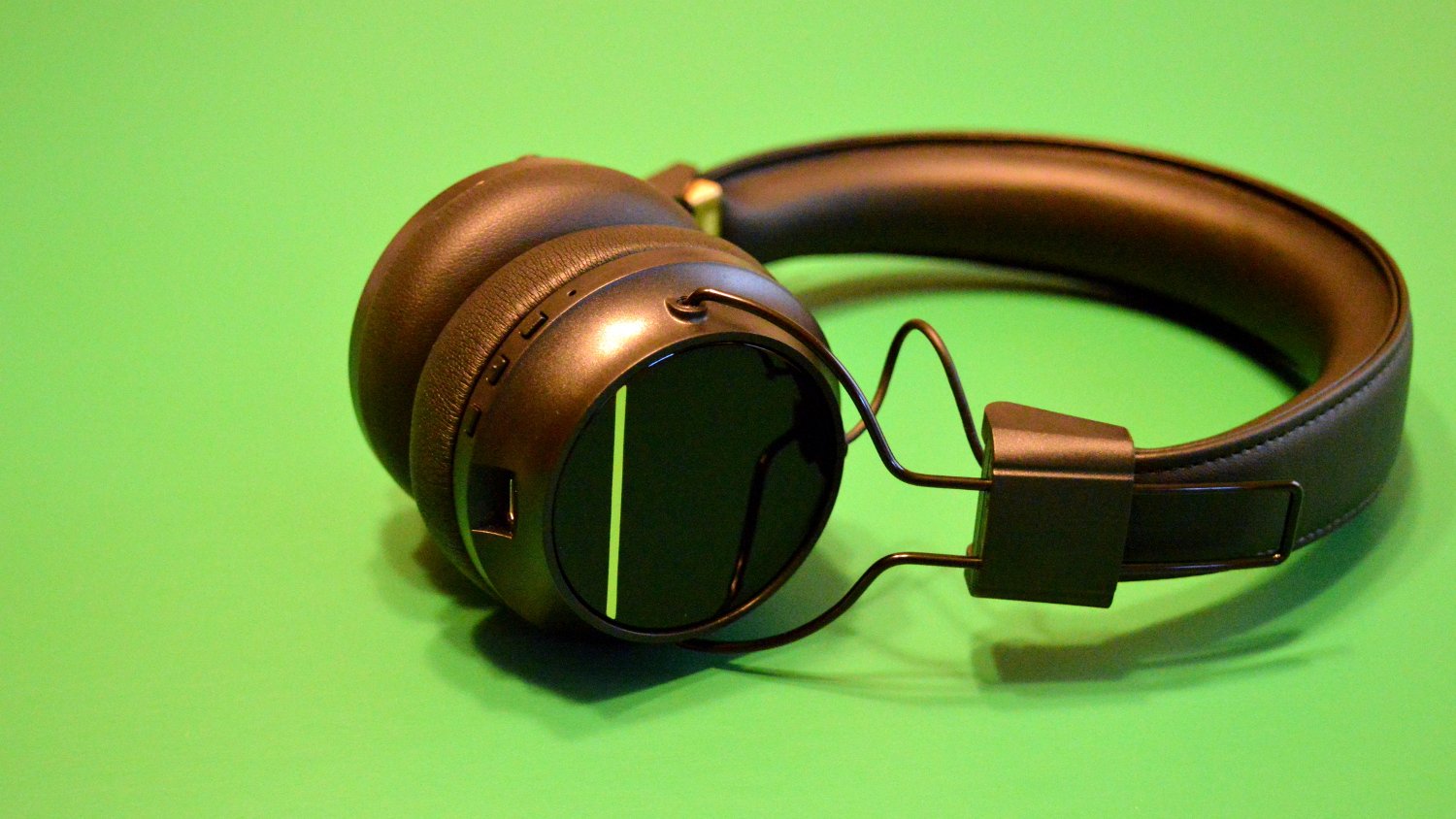 On-ear headphones can sometimes be a little frustrating. While they’re aimed at the audiophile who still wants decent audio on the go, they often fall flat, instead offering a sound quality that’s lower than over-ear headphones without the top portability offered by earbuds or in-ears. Sudio, however, thinks it has the solution with the Sudio Regent headphones.

But are the headphones worth it? Should they be a considering for the audiophile on the go? We put them to the test to find out.

The first thing to notice about the Sudio Regent headphones is their design, and they actually look quite nice. They’re extremely simply built, but time and time again it’s been proven that simplicity is beautiful. An example of simplicity here is the wire frame that holds the earcups to the headband — its a very basic design, but quite a nice one. Perhaps the coolest thing about the design of the Regent is that Sudio lets you customize the headphones with the earcup plate that you want, and there are a few really nice ones on offer. On top of that you can decide between the black or white headphones — we’re reviewing the black ones with a black earcup plate.

As mentioned, the wire frame is pretty simple, but it moves far too easily which can get a little frustrating. We found that we needed to adjust the headphones to the right fit each time we put them on — which is different from other headphones that you can simply set and then forget about. On the bottom of the left earcup you’ll find the aux jack, while the right earcup has the microUSB charging port and the buttons — three in total. The middle button is a power/multi button, while the other two are for volume.

The build quality of the Regent’s is decent, but not amazing. Some parts of the headphones are built with a cheap-feeling plastic, while other parts — like the leather — seem quite nicely built. In general, the headphones feel well-built, and with a bit of care we don’t expect that they’ll break easily. Still, that “bit of care” is important — because they’re simple, they could get crushed easily.

In the box, apart from the headphones themselves, you’ll get a microUSB charging cable and an aux cable. That’s it. It’s really quite a shame that Sudio chose not to include at least a carry pouch, if not a hard case — over-ear headphones are designed to be portable, so there’s absolutely no excuse to not include a bag or case of some kind.

In general the headphones look and feel quite nice. Some components are cheaply built, however the simple design and classy look make up for that. We are, however, really bummed out that they don’t come with a bag or case.

The foam on the Sudio Regent headphones may not be the highest of quality, but it’s actually quite nice. Not only that, but there’s a good amount of the foam on both the earcups and the headband, and they’re generally pretty light headphones so even longer listening periods are decently comfortable. As is the case with any on-ear headphone, the pressure on the ears can get to be a little much over really long periods of time, but that has more to do with the nature of on-ear headphones rather than anything Sudio has done wrong here. The clamp of the headphones is quite hard, and after long periods of time the headphones do get a little uncomfortable. It’s even probably hard enough for some work outs — however in rigorous movement like running, they may fall off your head.

In general, the Sudio Regent’s are quite comfortable. They would benefit from memory foam rather than the normal foam they seem to employ, but as a cost-saver they still offer a nice fit.

So the Sudio Regent’s look good and are quite comfortable — but do they sound good? Well, they certainly don’t sound bad — but they could use some work.

Let’s start with the bass — which is quite well tuned. There’s plenty of bass frequencies there — kick drums are nice and pronounced, bass guitars shine, and synth basses resonate quite well. There may not be enough bass for the true hip-hop fans among us, but there’s still plenty to speak of for almost everyone else.

The mids are a little less well-sculpted. The low-mids on the headphones actually sound quite nice — they compliment the bass well without getting muddy, and they add a little more finesse to the bass frequencies. The high mids, however, have quite a bump that gives the headphones a distinctly “radio” feel. It’s not so bad in some songs, but in others it really detracts from the listening experience in a frustrating way. Again, it’s not over-the-top-terrible, but audiophiles will definitely notice it and should steer clear of the Regent’s.

The high end carries over some of that bump from the high-mids, but apart from that the highs sound pretty good. High frequencies are perhaps the most overlooked frequency range, and while we could use some more super high highs, in general the high end isn’t that bad. The sound stage on these cans is also pretty well spread out, and they don’t distort easily unless you really push them, at which point you’re probably listening too loudly for safety anyway. The headphones are closed-back, and there isn’t much leakage — which makes them great for taking out and about. The isolation isn’t all that great, but these aren’t noise cancelling headphones, so you probably wouldn’t expect them to block out much noise anyway.

In general the Sudio Regent’s sound decent, but the sound is let down by overly boosted high-mids and highs. Most won’t have a problem with them, but the audiophiles and frequency-sensitive should keep looking.

The Sudio Regent’s use Bluetooth 4.1 to pair with your devices, and as is the case with most Bluetooth headphones that equates to a range of around 10 meters, or 33 feet. In other words, the Regent’s are pretty standard in the Bluetooth department.

As far as battery life goes, the Regent’s offer a 24-hour long battery life on a single charge, which is pretty good, but not amazing. The last on-ear Bluetooth headphones we reviewed, for example, were the AKG N60NC’s, which offer a battery life of around 30 hours.

The Sudio Regent’s may not break any records, but they’re not a bad pair of cans. While the Regent’s offer a nice design and a decent battery life, they’re let down by a high-mid bump and a lack of case or carry bag.

Still, most people won’t have any problem with those issues — and the $160 price tag justifies at least some of the issues that arise with the Regent’s. If you’re looking for a new pair of wireless headphones for your daily commute, these are a great option to consider.